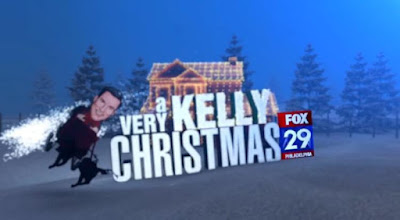 Yo Mayfair - Check it out!
Bob Kelly of Fox29 got wind of the Mayfair Civic Association's 2017 Mayfair Christmas Decoration Contest, and he just called me and told me that he LOVES our Contest, and he wants to come out and shoot his TV show "A Very Kelly Christmas" LIVE tomorrow night (Thursday 12/21) starting 5pm at 7411 Brous Avenue!
He wants to go all out to promote Mayfair and show not just one of the winning homes Brous avenue, but also pics of several of the other nominees as well!
How cool is that?!?!
Come on out to 7411 Brous Avenue tomorrow night (Thursday night), bring the kids, and be on TV to show the world how Mayfair celebrates Christmas LIVE on Fox29 starting at 5pm!
Donny Smith
Mayfair Civic Association
President
"Mayfair -  An Awesome Place to Live!"
Posted by Pat at 4:56 PM

thanks to his article reviews, this became a reference for me looking for information
your visit my blog
peluang usaha

Excellent Article. Thanks for sharing. I like to read...

(New Jordan Releases 2020) exclude possibly a thunderstorm. There exists winter months Advisory simply for bigger elevations in north Blaine regional. Average compacted excellent skiing conditions fall over is anticipated now and again today in about cities given here 7,500 foot, Not to mention new-fangled ground deposition which range from 4 8 in.

"Entirely. Contacting the us government to guarantee the safety equipment to do with human beings proper (Michael Kors Outlet Store) the law defenders, From widely disassociate on their own everything ranging taken within so records, And to obviously (Cheap Yeezys For Sale) support your correct (Coach Outlet Store Online) of Sri Lankan people to widely drawn in abroad (Ray Ban Outlet Store) issue of form, Mister. Colville cited.

These studies also clearly Coach Outlet Store show that Coach Handbags Clearance whilst boronic acids are capable of catalysing amidation reactions, borinic acids are Yeezy Discount not and that protodeboroation occurs in preference, or unreactive amino carboxylate complexes are Ray Ban Outlet formed, which are readily isolated and characterised by X ray crystallography. The catalytic activity of boronic acids can be explained by the need for at least three free coordination sites on the boron atom for amidation to occur Coach Outlet which is seemingly New Jordan Shoes 2020 necessary for catalytic activity. However, these observations are not consistent with the currently accepted 'mechanism' for boron mediated Yeezy Boost 350 amidation reactions involving nucleophilic attack of an amine onto a monomeric acyloxyboron intermediate, and Ray Ban Glasses as a result of these observations and theroetical modelling, alternative proposed mechanisms are presented for the boron mediated amidation reactions.