THE BARREL OF A GUN

All proceeds go to the Faulkner Family

Posted by Mayfair Civic Association at 10:19 AM 7 comments:

Hi everyone, This is a reminder of our next townwatch/psa meeting. Tuesday October 19th 7:00 PM at the perzel center it is very important that we all attend. We have had some issues in our community and we are getting a handle on them but it takes everyone to do there part. Let's keep up the good work don't leave it to everyone else we all need to do our part. please drop me an e mail and let us know if you will be attending. also feel free to send me an e-mail on any ideas on how we can make our community better. Novembers meeting will be on Tuesday November 15th at 7:00 PM at the Perzel Center.
J Vearling
Posted by Mayfair Civic Association at 3:31 PM 7 comments:

We recently an inquiry from Don Anticoli, Principal of Lincoln High School pertaining to Lincoln's weight room. Lincoln is interested in working out an agreement with the community whereas the community could use Lincoln's new weight room facility. We are going to meet with Don in the near future to hash out the details.
Thank you.
Posted by Mayfair Civic Association at 12:08 PM 5 comments: 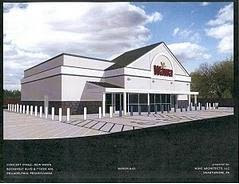 Therefore, based upon the above provisos, we approve any variances associated with this business which we believe will be an asset to our community.

Wawa has agreed to sponsor the Mayfair Fallen Heroes Run, the Mayfair May Fair as well as join the Mayfair Business Association for the next five years. They are also working very closely with Suzanne St. Marie with this years Mayfair Holmesburg Thanksgiving Parade.