A Tale of Two John Redmonds - From Philadelphia Neighborhoods Blog

A Tale of Two John Redmonds 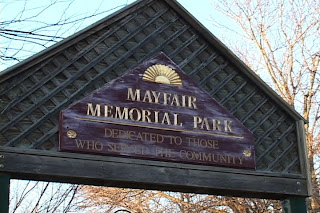 In reporting on the Mayfair Memorial Park, and the Mayfair Civic Association's attempts to revive it, I was told by several people about John Redmond. A Mayfair resident and firefighter for the city, Redmond lost his life in a fire in South Philadelphia in 1994, I learned. Mayfair Memorial Park is dedicated to Redmond, and others who gave their lives in service to the community.

Redmond's legacy reverberates elsewhere in Mayfair, where a Fallen Heroes Run honors firefighters and police officers who have given their lives.

Joe DeFelice described Redmond as having been "a neighborhood guy" who was active in the community...For more of the Story go here Philadelphia Neighborhoods Blog
Posted by Mayfair Civic Association at 10:31 AM

at this time I will share articles about health hopefully can be useful for everyone.

The article is good. Also visit my article, read and share too. God willing useful. :)