The Mayfair Civic Association and Mayfair Business Association are holding a very important zoning/liquor control meeting regarding the below:

We would like to have public input from both the nearby residential and commercial neighbors. We’d also like to hear from similar businesses in the community. Please come out, voice your concerns and become of the business and civic associations in your community.

There will be an important Zoning Meeting of the Mayfair Business and Civic Association on Wednesday November 4, 2009 at 7PM at the John Perzel Community Center (St. Vincent and Battersby Sts. ). The below are the businesses that we will discuss:

Fundraiser for the Pegasus Riding Academy scholarship fundWhen: Sunday December 6th 2009Where: AOH Division 614131 Rhawn Street Philadelphia PA 19136(Behind the Wachovia Bank)Time: 2pm to 6pmCost $20Contact Patti Vogler at 215 -338-1607 or Pat McKenna at 267-825-8473 for more information. Come and have fun with us as we support a great program for children and adults with disabilities!
Sent from my Verizon Wireless BlackBerry
Posted by Mayfair Civic Association at 6:46 PM 11 comments:

By a vote of 13-9, Mike Thaete, formerly of Mayfair Townwatch, was voted in as President, of the 15th District PDAC, over Angel Cianci-Hartman, President of the Tacony Civic Assocition, replacing former President Scott Cummings, who resigned for personal reasons.
Sent from my Verizon Wireless BlackBerry
Posted by Mayfair Civic Association at 7:25 PM 4 comments:

Announcing a new Meetup for Mayfair! What: 15th Police District Advisory Council (PDAC) Meeting and Elections When: October 26, 2009 7:00 PM Where: John M. Perzel Community Center St. Vincent and Battersby Sts. Philadelphia, PA 19149 Monday night is the annual monthly PDAC meeting and elections - if you are a leader of a community organization come out and have your voice heard - Captain Bachmeyer and Officer Krause should be there as usual. Learn more here: http://www.meetup.com/mayfaircivic/calendar/11706613/ -- Please Note: If you hit "REPLY", your message will be sent to everyone on this mailing list (mayfaircivic-list@meetup.com) This message was sent by Joe DeFelice (josephjdefelice@yahoo.com) from Mayfair. To learn more about Joe DeFelice, visit his/her member profile To unsubscribe or to update your mailing list settings, click here Meetup Inc. PO Box 4668 #37895 New York, New York 10163-4668 | support@meetup.com
Sent from my Verizon Wireless BlackBerry
Posted by Mayfair Civic Association at 1:16 PM 4 comments:

For the next few months, NEast Philly will welcome two new contributors to the site – Christeen Vilbrun and Sean Supplee. Christeen and Sean are students in Philadelphia Neighborhoods, Temple University’s senior journalism capstone class, and they’ve been assigned to explore the Northeast. From now until the end of the year, Christeen and Sean will be hitting the streets of the Northeast to find stories. Their work will be a great addition to NEast Philly, as they explore our corner of the city from an outsider’s perspective. This is the second of many stories and videos from Christeen and Sean. You can also see this story at Philadelphia Neighborhoods.

visit us on meetup.com 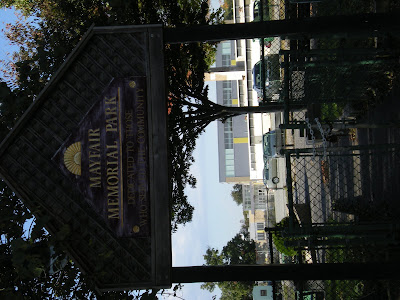 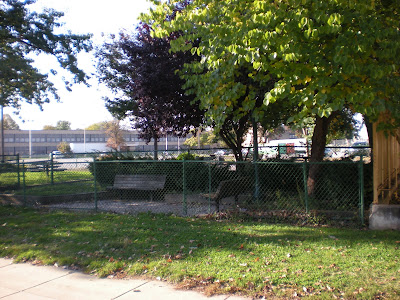 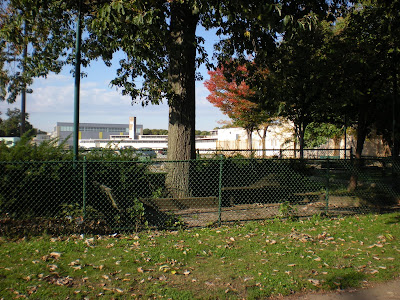 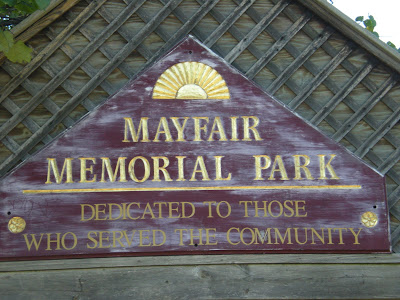 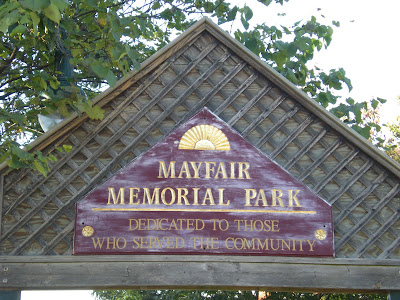 Though it already has an active civic, CDC and business association, Mayfair can add one more community group to its name: Mayfair Town Watch.

The group held its first official meeting last night to nominate and appoint board members, bounce around ideas and share personal experiences.

Town watch is about more than just patrolling, new president John Vearling said. In that sense, Vearling encouraged officers and members to get involved in every way they can – from telling friends, to sharing resources and making phone calls. “I’d like to see every person in this room grab two friends,” Vearling told members about how he’d like to spread the word about the newly formed organization.

Meet the board members and officers of Mayfair Town Watch:

Also important, Vearling mentioned, is to have block captains. It’s the active residents, everyone agreed, who can be relied upon to coordinate events and gatherings and act as liaisons between residents and the police.

Lt. Martin Bugieda from the 15th District, and Chad Enos, who works with Town Watch Integrated Services, were also at the meeting to explain their roles to residents and provide guidance for getting the organization off the ground.

“We appreciate the small things you can do to help us,” Bugieda said. “You’re the eyes and ears.” Enos, who helps train and organize town watch organizations across the Northeast, added that the purpose of town watch volunteers is to alert the police to ongoing situations, not to pursue people or put themselves in danger. Part of keeping safe, Enos said, is ensuring that those patrolling the neighborhood are never in a car by themselves.

“One stipulation,” Vearling said firmly. “This is not a bitch-fest.” He went on to explain: “If you have a problem, come with a solution.”

The first step toward those solutions is to promote the town watch using ideas suggested by the group’s members. Plans include:

For a while, the group will meet every week on Wednesdays (time and place to be determined) to flesh out plans, get better acquainted and put its thoughts into action. The biggest goal for the next meeting is to have more members. Vearling gave the crowd his cell phone number, and encourages anyone who is interested to call him and get involved and become part of the solution, because, he said, “solution-oriented people get things done.”

To get involved: Call John Vearling at 215-758-6396. The group is looking for general volunteers, recruiters and any person or business willing to offer small donations. 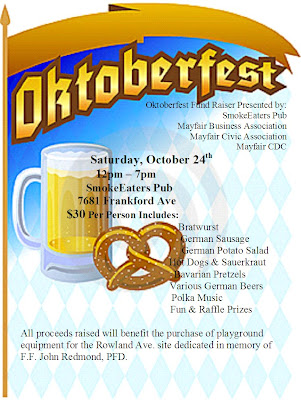 Join us at Meetup.com

All
We have launched a mayfair civic association group at meetup.com/mayfair. Please join
Sent from my Verizon Wireless BlackBerry
Posted by Mayfair Civic Association at 3:05 PM 2 comments:

Thanks to the CDC the councilwoman's office, the MBA has a pretty strong voice in business zoning changes for the Avenue. We had two zoning issues recently. - Cash Cashing: we wrote a letter approving of the zoning change for their new location with the numerous provisos. The most important being that they will not transfer their unused pawn license to the new location. This may not be an ideal business for the Avenue, but it seems to be a needed one. We have good reason to believe their new location will be look much better than their old location. - Coffee Shop: after a rough start, we were able to find common ground for everyone. I visited their shop unannounced before the meeting. It was very clean and configured to be a coffee shop (there was some confusion about this at the first meeting). Neelam and Yoginder will operate a coffee shop with no groceries or deli. They have plans to beautify the exterior. They will be moving into the residential part of the building when the tenants leases expire, which means they will be neighborhood residents as well. They say they will run a coffee shop the neighborhood can be proud of. I look forward to having them as active members of the Mayfair Business Assoc. These are both strong wins for the neighborhood and the Business Association. THE BOARD The Board of the MBA operates very informally, which seems to work very well for us. If you would like to join the Board, please email me. It is not very time consuming as we do most of our business through email. Thanks everyone. --~--~---------~--~----~------------~-------~--~----~ You received this message because you are subscribed to the Google Groups "Mayfair Business Association" group. To post to this group, send email to mayfairbiz@googlegroups.com To unsubscribe from this group, send email to mayfairbiz+unsubscribe@googlegroups.com For more options, visit this group at http://groups.google.com/group/mayfairbiz?hl=en -~----------~----~----~----~------~----~------~--~---
Sent from my Verizon Wireless BlackBerry